Sober Talk -Seeing the World Beyond the Fog of Alcohol

Posted on February 9, 2019 by bevsflorescofitness 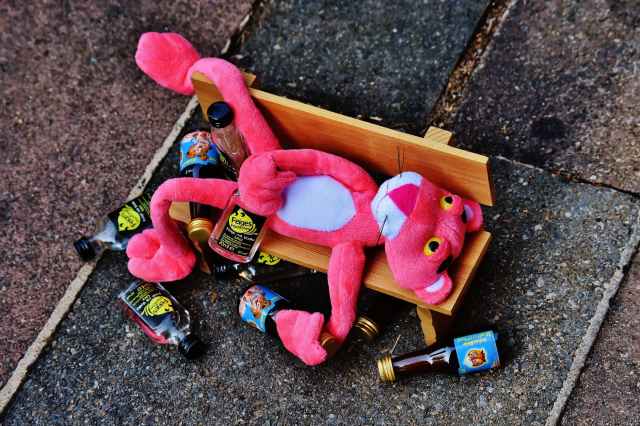 Photo by Pixabay on Pexels.com

‘Are we going for a walk mum?’

I’m nudged into awareness by my daughter at the end of my bed, walking shoes on, ready to go.

It’s Sunday, the sun is shining through a gap in the bedroom curtains but it’s not enough to ease the awful fog in my head.

‘Not today, I’m not feeling great and besides what time is it?’ I reply, pulling the quilt over my eyes to avoid the piercing light.

‘But mum, you promised, it’s quarter to twelve, you are always ill, we never do anything’. Flinging her arms in the air with a look of exasperation she stomps off. I faintly hear her downstairs saying ‘dad can we go for a walk please, mum is ill again….’

I wish I could say that was the turning point, the lightbulb moment, that ‘wow wasn’t I good to recognise what a crap mum I was being and change my life around’ hook that all the good stories have. The truth is it wasn’t, it was just another day that I’d gone back on another promise.

I never considered myself an alcoholic. Alcoholics are those people you see criss-crossing down the street with a brown paper bag in hand or being leery and loud at the pub. I was never that, but somehow the social drinks had slowly become something more.

I found myself regularly getting home from work and opening a bottle of wine. And if I had to share the wine with my husband (because it was the last bottle in the house), I’d pour myself a vodka first. It was a constant source of irritation to me that my husband would never properly share, he’d always grab the extra glass out of the bottle so I had to ‘Be Prepared’ like I’d learnt as a girl guide.

I’d often down a couple of vodkas before he got home from work so it looked like the glass of wine was my first drink of the night.

It felt so good, the bitterness and stress of the day just melted away as the alcohol warmed my insides. And if it was red wine even better. I told myself it was good for me, after all I’d read that a red wine ingredient that I couldn’t pronounce had been scientifically proven to be healthy. If one glass is good, then surely two must be better.

No, there was no light bulb moment, I just increasingly started to feel more and more uneasy about my behaviour around alcohol. I was really irritable if I had to drive in the evening to pick a daughter up, so couldn’t drink, and became aware that alcohol had moved from something social to not being able to unwind without a drink.

I also lost a lot of Sundays, many times not surfacing until 4pm and sometimes not being able to remember a lot about the night before.

I told myself I was a happy drunk, alcohol made me funny, I lost my inhibitions and was fun to be around after a drink, so losing Sundays was a price I had to pay to be that person.

The fog was now around me most mornings on waking and I had to fight the urge to stay in bed during the week. I told myself this was part of getting old, that you lose that morning springy up feeling.

But still, something under the surface about how I was living just didn’t feel right.

I don’t know how I became aware of the Jason Vale book ‘Kick The Drink Easily’, I’ve tried to remember, maybe it was the universe, maybe just coincidence, but it appeared in my life and I decided to give it a read.

I remember thinking at the time, ‘wow this is an underwhelmingly common sense book where’s the magic?’.

But somehow, after reading that book, alcohol lost its pull enough for me to really think on a conscious level about what alcohol was doing to me. It was definitely subtle but I started noticing more articles and books about the effects of alcohol and how people were living great lives without it.

So on the 14th December 2018 I decided to see what my life would look like without alcohol.

I joined the ‘One Year No Beer’ Challenge to make myself accountable. But I also told myself if I really wanted an alcoholic drink I could have one, but I had to drink a soft drink first.

I don’t make things easy for myself. 14th December was my work’s Christmas Party. As the ‘boss’s wife’ it’s always been a stressful event. Never knowing how to pitch it and not feeling comfortable in my own skin. Alcohol made it bearable, like a security blanket and yet here I was deciding to show up without it.

So now I’m almost two months in with a Work’s Do, Christmas and New Years Eve all experienced alcohol free, what are the main things I have learnt and experienced so far..

At my works party, because I was a ‘new non drinker’, I didn’t want the ‘why’ questions. So I drank Fever Tree Tonic with ice in a gin glass and everyone assumed I was drinking gin and tonic.

It all felt a bit ‘David Attenborough’ watching the frivolities whilst being sober ‘..and here we see another breed which makes its appearance at 9pm once the sun has gone down, commonly known as the drunken monkey, it relishes in the hilarity of a joke heard for the fifth time ..’

I danced and joined in with conversations and laughed (all five times) and it wasn’t until everyone was ordering taxis at the end of the night, and I said I didn’t need one as my car was outside (‘you can’t drive, you’ve been drinking’), that they realised I’d not been drinking. And I realised I was just the same person without a drink and not the shy, unsociable person I had believed I was.

How wonderful it’s been to be able to enjoy Sundays. Who knew the weekend has two days. From walking with my daughter (and being able to say yes, be present and fully enjoy our activities has been gorgeous) to just choosing a chill out day or get some jobs done, Sundays are amazing.

The Groggy Cloud has Gone!:

The weekday morning feeling that I’d chalked up to middle age has gone! This is nothing short of miraculous. The day feels clear and inviting and I feel light and an excitement for the day ahead.

My Skin Is So Much Clearer:

As a long term sufferer of rosacea (red cheeks) and Keratosis Pilaris (better known as chicken skin), since ditching the alcohol my skin looks so much better. I still have slightly red cheeks but my skin feels a lot smoother without the toxins.

I’ve not changed anything about my diet, in fact I’ve probably eaten more sugary snacks but so far over a couple of months I’ve lost ten pounds!

So you might ask ‘is everything a good experience then?’

Well, yes and no.

If like me you’ve been using alcohol to numb your feelings, then it’s been really difficult not resorting to ‘the alcohol blocker’ when those feelings and stresses show up. Sitting with those feelings is tough but I do believe the only way out is through. Experience the feeling, let it sit and come out and it loses its power. Journaling the feelings is also a great way just to get it out of my head.

The cumulative effect of deciding not to drink, right now, (I never say ever as it’s too much pressure, it’s always ‘not right now’) has also changed my social life. I no longer want to sit in a pub all night listening to ‘drunk talk’. I crave experiences, a meal, the cinema, a show rather than a night of watching everyone drinking. Having seen people move from sober to drunk throughout the night on a few occasions now, I can honestly say everyone is so much more interesting and enjoyable to be around at the start compared to the end.

If I had to pick one thing so far that’s affected me more than anything, it’s knowing that every day I can choose to do or go wherever I want, with a clear head and be fully there in the moment. I’ve found dropping alcohol has allowed me to experience life like a child feels but with the head and experience of an adult.

With joy, clarity and an excitement for what the future holds.

The above article was written by a member of my Facebook group ‘Fifty, Fit and Fabulous Kerry Wilde.  I’m indebted to her for her candid, raw honesty in sharing her story for inclusion in my Blog.

I also recently recorded an episode of my podcast Generation Exceptional in which I’m chatting to another inspirational lady, Norah Ginty who not only gave up alcohol but also changed her Hypnotherapy practice to include programmes specifically to help others to give up their habitual and psychological dependency on alcohol. 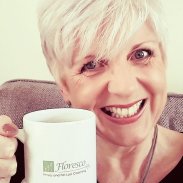 Bev Thorogood is a Midlife Transition Coach and Trainer.  A certified nutritionist, personal trainer and health coach specialising in helping women navigate their way through midlife and beyond.  With a strong focus on mindset she offers personal and group coaching to help women remove the blocks that stop them from living their best midlife.

If you’re looking for help to move you towards a better midlife book a FREE breakthrough call – it might just change your life!

BOOK A BREAKTHROUGH CALL FOR FREE

Oh, and just before you go, why not join our fabulous Facebook community ‘Fifty, Fit and Fabulous’ for support, help, inspiration and motivation from other women just like you?

This entry was posted in Uncategorized. Bookmark the permalink.

This site uses Akismet to reduce spam. Learn how your comment data is processed.